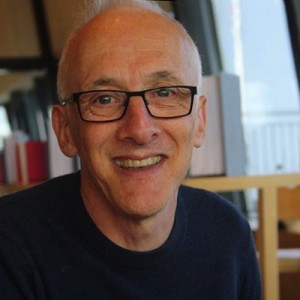 We mostly work on the broad biological question of how lipids and proteins interact inside cells, using budding yeast, a genetically tractable model system. Understanding lipid metabolism is of great medical importance for diseases prevalent in the Western world, including important ophthalmic diseases (such as Age-related macular degeneration), major brain disorders (Alzheimer's and Parkinson's), and also atherosclerosis and cardiovascular disease. Many important aspects of intracellular lipid metabolism are conserved between humans and yeast, so that new understanding gained in the single celled organism is highly relevant for eukaryotes in general.

This work focuses on lipid traffic across narrow cytoplasmic gaps where organelles come very close to each other. These membrane contact sites are very poorly understood because they are put together by multiple bridging complexes, and the routes of traffic are circular. Therefore, the traditional genetic approach of finding mutants that lack lipid traffic has often failed for membrane contact sites. Instead, we rely on a candidate approach, using bioinformatics tools to predict which proteins are likely to be involved.

From this we moved to discover and study a brand new family of lipid transfer proteins which are anchored at membrane contact sites. We identified this family with the structural bioinformatics tool HHsearch. This tool has been highly useful in the lab as a fast and accurate way to identify remote homology between proteins that share almost no identifiable sequence. The tool allows us to find which proteins share the same fold, so are likely to have evolved from a common ancestor.

Evolving from our specific use of this tool to make advances in lipid traffic at contact sites, we have made other bioinformatic discoveries, for example identifying the translated product of the C9ORF72 gene as DENN-like. We have bench-marked the likely extent of new prediction and discovery by HHsearch genome-wide. In yeast it may reduce unknown regions by one third (from current level of 15% of ORFs to 10%). To disseminate this knowledge, we have teamed up with the UCL Department of Computer Science to create a S. cerevisiae whole-genome HHsearch database, which will go live in 2017. It will be formatted to be compatible with the Saccharomyces Genome Database (SGD) for publication alongside the current Interpro dataset.

I have a long-standing collaboration with F2G Ltd (Eccles, near Manchester), a biotech company dedicated to developing new anti-fungal drugs. So far we worked on two projects linking possible new anti-fungal targets to the biology of fungi - both S. cerevisiae and pathogenic species such as A. fumigatus. From 2020 onwards, we will collaborate on an anti-fungal target that is moving beyond the "potential" stage into being a reality: Olorofim, the first member of a new class of drugs - the orotomides. While it is being tested in Phase IIb clinical trials, and is known to be fungicidal by inhibiting a conserved enzyme, the mechanism off cidality is still unknown. Finding out more on this will increase the value of the entire class of compounds in terms of developing them for wider use to help society.