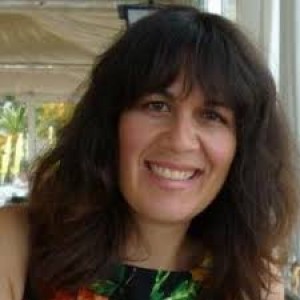 Faculty of Science and Engineering
University of Wolverhampton

The primary cilium has been shown to play a major role in development and disease by participating in the regulation of various signalling pathways. Paraskevi's work has indicated that genes controlling ciliogenesis and Left-Right asymmetry have, in addition to their known roles in cardiac patterning, major and unexpected roles in pulmonary, craniofacial, ocular and limb development with implications for human congenital malformation syndromes. Detailed investigation of one of these mouse lines, called gasping6 (Gpg6), revealed that Atmin is required for normal lung morphogenesis and ciliogenesis.

Recent discoveries have shown that the primary cilium is important for normal kidney morphogenesis and function and that the planar cell polarity (PCP) pathway, incorporating non-canonical Wnt signalling, plays an important role in cystic kidney disease and requires the primary cilium. Using the Atmin mouse mutant Gpg6, Paraskevi's group showed for the first time that Atmin is critical for normal kidney development and presented evidence that Atmin is a novel effector molecule in the non-canonical Wnt/PCP pathway, with important implications for understanding the pathobiology of cystic kidney disease.