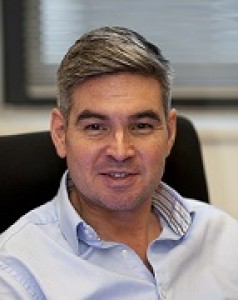 Ciliopathy Research. Traditionally our efforts have been concentrated on understanding the normal cellular and developmental roles of cilia proteins and how collectively they give rise to the phenotypes observed. To this end we have developed several tools including modelling the diseases in cell lines and model organisms such as Danio Rerio and Mus Musculus. We also continue to closely study the human BBS phenotype and have previously reported on the genetic epidemiology, natural history, novel phenotypes, genotype-phenotype correlation, and the behavioural and neurological aspects seen in this disorder.

In the years following our work linking BBS to cilia many phenotypically similar diseases were also found to be ciliopathies. However research done in this lab was the first to show that some chondrodysplasias are also caused by ciliary dysfunction. The finding that mutations in  the intraflagellar transport (IFT) component IFT80 were causative in JATD has led to the discovery of a whole class of skeletal ciliopathies including JATD, the short rib polydactyly syndromes, Sensenbrenner/CED and Mainzer-Saldino. Causative genes have now been found for most of these, the vast majority of which also encode components of the core IFT complexes. Work to define precisely how and why defects in IFT lead to the skeletal phenotypes observed in this class of ciliopathies is ongoing.

We also work on a range of other areas related to the ciliopathies which include:

• The role of transcription factors in regulating expression of cilia proteins

• The biology of cilia formation and intraflagellar transport

• The relationship of cilia proteins to intracellular signalling pathways

• The relationship between the cilium and the cytoskeleton

Most recently we have begun focusing on establishing therapies for the ciliopathies. We are actively engaged in a range of projects encompassing both drug based and gene therapy approaches to try and find novel treatment options for these conditions.

Osteoarthrtis may be treated as an environmental ciliopathy